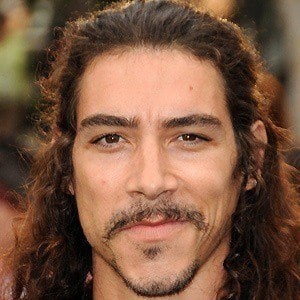 Winner of the Goya Award for Best Actor for his performance in the 2005 film Camaron: When Flemenco Became Legend. He also starred in 2010's The Losers and in 2018 began playing Luis Ray in Netflix's Luis Miguel..

He played The Spaniard in Pirates of the Caribbean: On Stranger Tides, and in 2011 began appearing on the TV series, Piratas.

He was romantically linked to actress Barbara Goenaga in 2006 and 2010.

He appeared with Marcia Gay Harden in the 2013 film The Librarian.

Rambo: Last Blood
The Shallows
Pirates of the Caribbean: On Stranger Tides
More