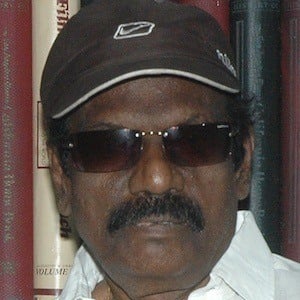 Tamil comedian and film actor best known as one half of an Indian comedy duo with Senthil. Together the pair gained popularity for their slapstick humor from the 1980s to the early 2000s.

His film career began in the early 1970s with small roles in films like Raman Ethanai Ramanadi and Uzhaikkum Karangal.

He was born Subramani Karuppaiya to his father Karuppaiya and his mother Annam. He and his wife Shanthi have two children.

He appeared alongside Shriya Saran in the 2010 Tamil action film Jaggubhai.

Goundamani Is A Member Of