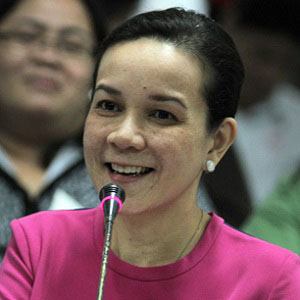 Notable for her Philippine political appointment as Chair of the National Movie and Television Review and Classification Board. She also launched a successful 2013 campaign for a seat in the Senate of the Philippines.

After studying briefly at the University of the Philippines Manila, she completed a bachelor's degree in political science at Boston College.

In 2015, many of her supporters were speculating that she might run for either president or vice president of the Philippines in 2016.

Abandoned as an infant, she was adopted by prominent screen actors Jesusa Sonora and Fernando Poe, Jr. She married Neil Llamanzares in 1991; they have a son named Brian and daughters named Nikka and Hanna.

She is believed by many to be the daughter of President of the Philippines Ferdinand Marcos and film actress Rosemarie Sonora.

Grace Poe Is A Member Of