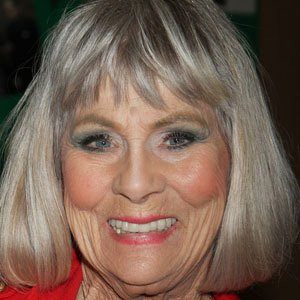 Actress who is best known for her role as Janice Rand on the television series Star Trek.

She sang on Detroit's WJR radio when she was fourteen years old.

She was adopted as a child and was originally named Mary Ann Chase.

She acted opposite William Shatner on the popular TV series Star Trek.

Grace Lee Whitney Is A Member Of