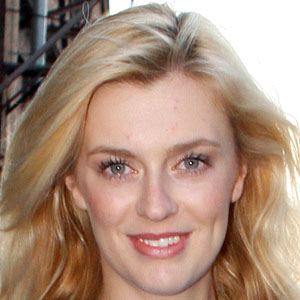 Known for her work on the acclaimed 2013 documentary film The Last Impresario, this Australian filmmaker also had a career as an actress, starring in Three Blind Mice and several other Australian independent movies.

She was the 2013 recipient of the Qantas SOYA Film Award.

She was born in Sydney, Australia, to Susan Hill and stage and screen actor Barry Otto. Her older sister, , had a successful career as a film actress.

Her documentary movie The Last Impresario focuses on the life and career of film and theater producer Michael White and features interviews with Naomi Watts, Yoko Ono, and John Cleese.

Gracie Otto Is A Member Of