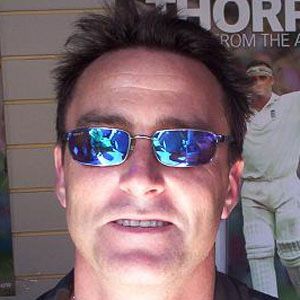 Former left-handed middle-order batsman and slip fielder who played in 100 Test matches for England from 1993 to 2002, Wisden Cricketer of the Year in 1998.

He originally batted right-handed but switched to his left to make it harder for his two elder brothers to get him out.

He was made a Member of the Order of the British Empire in 2006.

He had well-publicized martial difficulties which led to his retirement and his later return to the game more than once.

He and Alec Stewart are two of the very few Englishman to have won more than one hundred Test Caps.

Graham Thorpe Is A Member Of