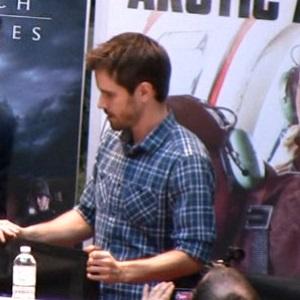 Canadian actor best known for his role as Ty Borden on the CBC series Heartland.

He stumbled upon his first acting role by accident at age 6 when he and his mother sat down in an audition waiting room without realizing it.

He had his first major slasher film role in the 2013 horror-thriller The Last Halloween.

He was raised with five siblings near Vancouver, Canada. He married his longtime girlfriend, Allison, in 2015. They divorced in 2018.

He acted with Adam Brody in the 2007 romantic-drama In the Land of Women.

Graham Wardle Is A Member Of

Heartland
In the Land of Women
35 Year Olds
TV Actors