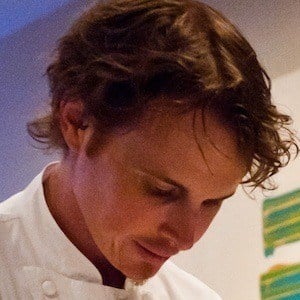 A leader in molecular gastronomy, he is a chef and restauranteur most well-known for his award-winning Chicago restaurant Alinea. He has also published a number of books including the Alinea recipe book and the biographical book Life, On the Line.

As a teenager, he worked extensively in his parents' restaurant. After his high school graduation, he enrolled at The Culinary Institute of America.

In 2007, he was diagnosed with squamous cell carcinoma of the mouth, which threatened his ability to taste. However, later that year, he announced he was cancer free and he later documented his experience with the disease in his book Life, On the Line.

He married Angela Snell but the two later divorced. He has two sons.

His first job outside culinary school was working at Thomas Keller's The French Laundry where he eventually became sous chef.

Grant Achatz Is A Member Of