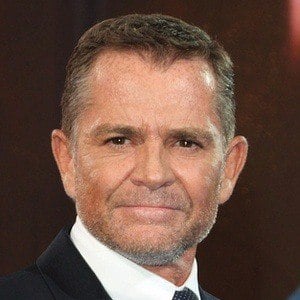 Business executive who became the CEO of Imagine Homes Ltd, which was the largest purchaser of residential property in the UK. He became known after he had a string of business ventures collapse causing him to go bankrupt. He has been featured on TV shows such as Hell's Kitchen and Celebrity Big Brother.

He started Imagine Homes in 2003 with only four employees.

He was the first to be evicted on Celebrity Big Brother in 2016.

He married former Blue Peter TV presenter Anthea Turner in 2000. He has three daughters, Lily, Amelia, and Claudia with his previous wife Della.

He and Aubrey O'Day both starred on the 18th season of Celebrity Big Brother in 2016.

Grant Bovey Is A Member Of