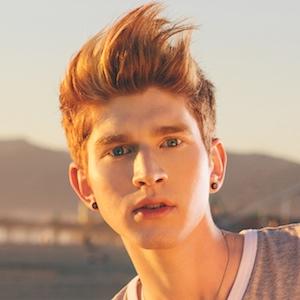 Up and coming singing sensation with an exciting personality and upbeat pop sound who has released a number of singles along with a few EPs.

He became a viral sensation in 2013 with the release of his video for the song "Make It Up As We Go."

His single "Make It Up As We Go" was picked up by the popular clothing company Abercrombie & Fitch to play in their stores.

He has an older sister named Chelsea.

He teamed up with producer Oh Hush, a Grammy nominated talent who has worked with Cody Simpson and Cee-Lo Green among others, for his single "Make It Up As We Go."

Grant Woell Is A Member Of