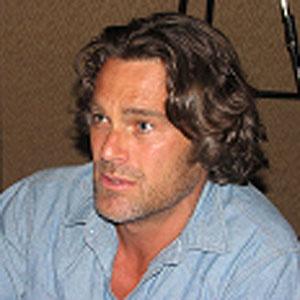 He played Dusty Donovan on As the World Turns and portrayed Don Masters on Hollywood Heights, a Nick at Nite family drama.

He graduated from Kent School in Connecticut in 1987 and earned an Honors Degree in Theater from Hamilton College.

He was nominated for a Daytime Emmy Award for Outstanding Supporting Actor in a Drama Series in 2006.

His mother Rina served in the Israeli army and his father Donald worked as a banker.

He appeared with actress Eileen Fulton in the CBS soap opera, As the World Turns.

Grayson McCouch Is A Member Of