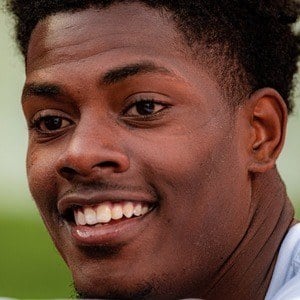 Cornerback who rose to fame for career in the NCAA Division I's LSU Tigers between 2016-2018. He was subsequently taken in the second round of the 2019 NFL Draft by the Cleveland Browns, which was hailed by Pro Football Focus.

He won consecutive state titles as a high school football player. He redshirted his freshman year with the LSU Tigers in 2016.

He has one brother named Rodarius.

He was drafted to the Cleveland Browns to play alongside Myles Garrett on their defensive unit.

Greedy Williams Is A Member Of