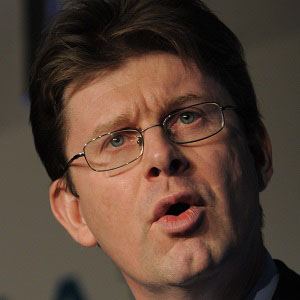 In 2005, this member of the United Kingdom Conservative Party began representing the Tunbridge Wells constituency in Parliament. His governmental appointments while a Member of Parliament include Financial Secretary to the Treasury; Minister of State for Communities and Local Government; and Minister for Universities, Science and Cities.

He earned degrees from both Magdalene College, Cambridge and the London School of Economics.

Early in his life, he was a member of the Social Democratic Party; he later transferred his allegiance to the Conservative Party, although his economic and social views remained considerably left of those of many of his fellow party members.

He grew up in Middlesbrough, England, as the son of a milkman and a supermarket employee. He later settled in Royal Tunbridge Wells with his wife Helen and their three children.

Under the administration of Prime Minister David Cameron, Clark held numerous titles, including Shadow Secretary of State for Energy and Climate Change.

Greg Clark Is A Member Of