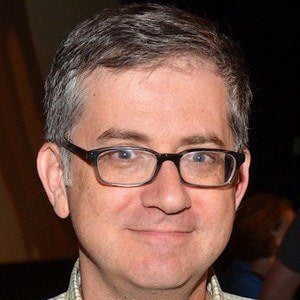 American television producer and writer who worked on shows such as Saturday Night Live, The Simpsons, King of the Hill, The Office, and Parks and Recreation.

He studied at Phillips Exeter Academy and then Harvard University where he wrote for the Harvard Lampoon.

He joined the writing staff of The Simpsons during the show's fifth season and wrote fan-favorite episodes such as "Bart Sells His Soul" and "Lisa's Wedding".

He married Susanne Dari Lieberstein, and they have four children.

He met Conan O'Brien while studying at Harvard University.

Greg Daniels Is A Member Of