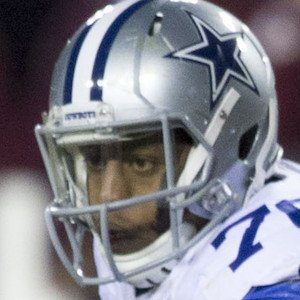 Defensive end/linebacker nicknamed "The Kraken" who was drafted by the Carolina Panthers in 2010. He was a Second-Team All-Pro selection in 2013. He received a great deal of publicity in May 2014 after he assaulted his ex-girlfriend, which resulted in a suspension from the league.

He played college football for the Ole Miss Rebels.

In 2016, he announced he was transitioning from football to MMA fighting.

His parents are named Greg and Lan Hardy.

He was teammates with Michael Oher, whose life inspired the film "The Blind Side," at Ole Miss.

Greg Hardy Is A Member Of