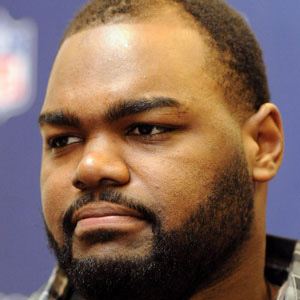 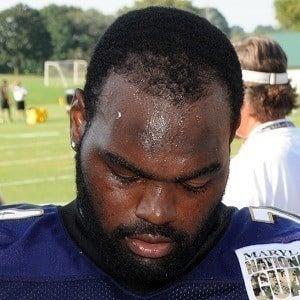 NFL offensive lineman whose life inspired the movie The Blind Side. He spent the first five years of his career with the Baltimore Ravens, winning Super Bowl XLVII with the team in 2013. He joined the Carolina Panthers in 2015 and helped lead the team to Super Bowl 50 in 2016.

He had two deadbeat parents and struggled to find food and shelter, and eventually found a loving family that gave him the tools necessary to prosper.

He was picked 23rd overall by the Baltimore Ravens in 2009.

He was adopted by Sean and Leigh Anne Tuohy and raised alongside their children Collins and Sean Jr.

Quinton Aaron plays him in the movie The Blind Side, which is based on his life, and Sandra Bullock plays his kind caretaker.

Michael Oher Is A Member Of