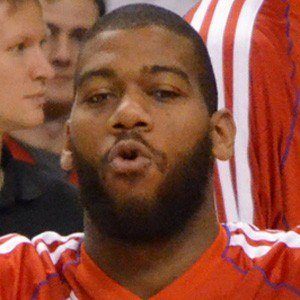 Versatile NBA power forward drafted 7th overall by the Detroit Pistons in 2010. After five years with the Pistons, he signed with the Milwaukee Bucks in 2015.

He played two seasons at Georgetown before declaring for the NBA.

He was a two-time winner of Louisiana's Mr. Basketball Award, in 2007 and 2008, while playing for Helen Cox High School.

He and his sister Brittany were raised mostly by their mother Norma.

Greg Monroe Is A Member Of