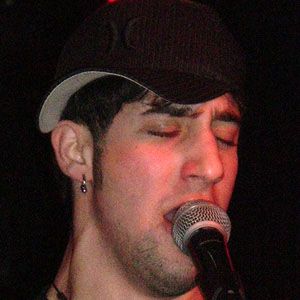 Singer with the boy band Dream Street who began in Broadway Kids and pursued a successful solo career.

He was given a guitar at age six after being fascinated with toy guitars ever since the age of two.

He worked with the band The Taken.

He has three sisters: Amanda, Nicole, and Daniella. He married Julie Cordero in 2014.

He was inspired by Axl Rose from Guns N' Roses.

Greg Raposo Is A Member Of