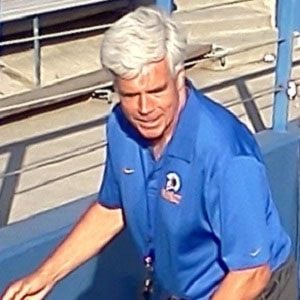 Football coach who won back-to-back Super Bowls as the defensive coordinator of the Denver Broncos. He later had a famously unsuccessful stint as the head coach of the Syracuse Orange, leading the team to its first two double-digit losing seasons in history.

He played football at the community college Bakersfield College and, later, the University of the Pacific.

Due to sanctions imposed by the NCAA, all wins from his first two seasons as the head coach at Syracuse were vacated.

He married a woman named Laura and has children named Dominic, Lindsay and Leslie.

Greg Robinson Is A Member Of