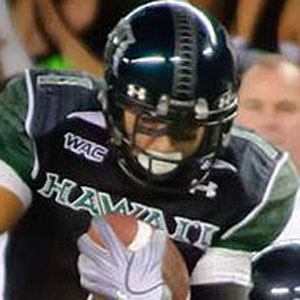 NFL wide receiver who was a fourth round selection of the St. Louis Rams in 2011. He then went on to play for the Patriots, Eagles and Jets.

He was offered a scholarship to play at the University of Hawaii after being a standout at Chino High School.

He was a two-time First-Team All-WAC selection and one-time Third-team All-American at the University of Hawaii.

He was born to Mark and Teri Salas and raised with two brothers.

He had the second most receiving yard in the nation, behind Justin Blackmon during his senior season at Hawaii.

Greg Salas Is A Member Of