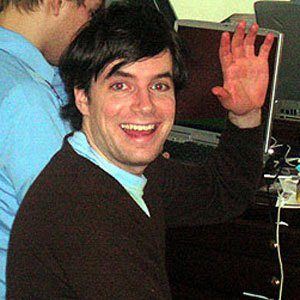 Musician and producer known as Girl Talk who became famous for sampling and mashing up diverse songs, creating tracks like "Oh No" and "Shut the Club Down."

At Case Western Reserve University, where he was studying biomedical engineering, he came up with the concept of Girl Talk.

He was an engineer until 2007 when he started producing music.

He did not begin dating until after college.

His nickname is supposedly derived from a Jim Morrison poem.

Gregg Gillis Is A Member Of