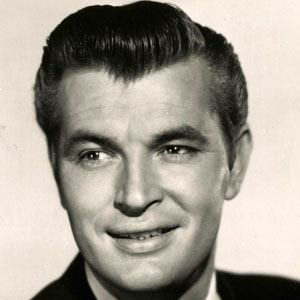 Acted in many television westerns that were popular in the 1960s and '70s. He also appeared on 13 episodes of the series Death Valley Days.

He served as a cryptographer with United States Army Air Corps during WWII.

He was a regular on the series Gunsmoke, appearing in 20 episodes.

He grew up in San Francisco, California, to parents of Norwegian heritage.

He appeared on Rory Calhoun's The Texan in one of his many Western roles.

Gregg Palmer Is A Member Of