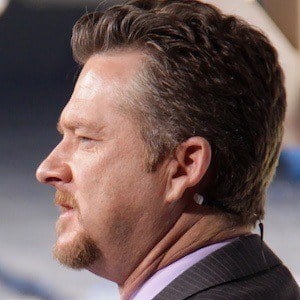 Retired MLB catcher who played for nine teams in during his sixteen-year big league career. He won a World Series in 1997 while a member of the Florida Marlins.

After graduating from high school in 1989, he was a 17th-round pick of the Baltimore Orioles that same year. He made his MLB debut in 1995.

He starting working in broadcasting while still playing baseball and became a more regular television contributor after retiring.

He married Jamie Zaun and has a sister named Stephanie.

He was teammates with Bengie Molina while playing for the Toronto Blue Jays.

Gregg Zaun Is A Member Of