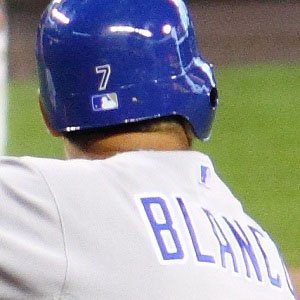 Outfielder known as the White Shark, he made his MLB debut in 2008 for the Atlanta Braves. He joined the San Francisco Giants in 2012 and helped the team win World Series Championships in 2012 and 2014.

He was a star of the Venezuelan Winter Leagues before getting his MLB call up.

During game 2 of the 2014 World Series, he became the first player in Giants history to hit a lead-off home run in a World Series game.

He was born and raised in Caracas, Venezuela. He married Mirna Blanco and he has a son named Gregor Jr.

On June 13, 2012, he made an incredible diving catch to preserve a perfect game by Matt Cain.

Gregor Blanco Is A Member Of