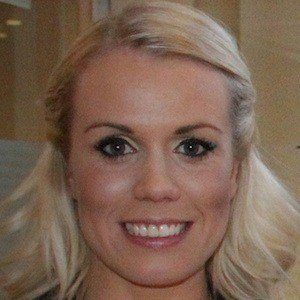 Icelandic singer known for representing her country at the 2012 Eurovision Song Contest, where she competed alongside fellow countryman Jónsi. They finished in 20th place.

She started studying violin when she was four years old and would eventually attend the Iceland Academy of Arts.

After her 2012 Eurovision appearance, she released her debut album In The Silence. She also represented her country at the 2016 Eurovision Song Contest.

Both her mother, Kristin Lilliendahl, and her grandfather had success as musicians.

Greta Salome Is A Member Of