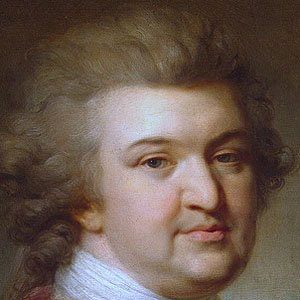 Though most famous for his romantic association with Catherine the Great, this Russian nobleman was also known during his lifetime as a military general, governor, and diplomat.

He commanded troops in the Russo-Turkish War of the late 1760s and early 1770s.

While governing the southernmost region of Russia, he established several cities, including Sevastopol and Nikolayev.

He was the son of Daria Skuratowa and nobleman Alexander Potemkin. He may or may not have been legally married to Catherine the Great.

After aiding Catherine the Great in her coup, he began a lifelong love affair, friendship, and professional association with her. In return, Catherine bestowed upon him several titles, including Prince of the Holy Roman Empire and Prince of the Russian Empire.

Grigory Potemkin Is A Member Of