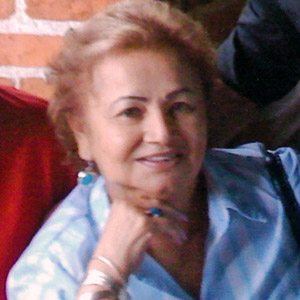 Member and drug lord of the Medellin Cartel who earned nicknames such as The Black Widow and the Cocaine Godmother. She was also involved with the cocaine drug trade and underworld in Miami, Florida in the 1970s and '80s.

She was a troubled adolescent, becoming a pickpocket and running away from an abusive mother at a young age and even resorting to prostitution.

She was sentenced to 15 years and a $25,000 fine for conspiracy to manufacture, import into the United States, and distribute cocaine.

Her youngest son was named Michael Corleone Blanco after the character from The Godfather.

She was a mentor of Pablo Escobar. She was played by actress Ana Serradilla in a series about her life titled La Viuda Negra.

Griselda Blanco Is A Member Of