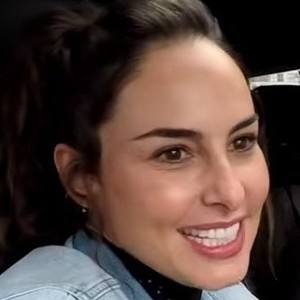 Known for her starring role in Amas de Casa Desesperadas (the Mexican television version of the popular series Desperate Housewives), she also appeared in such telenovelas as La Viuda Negra and Cuando Seas Mia. In 2019, she began starring in the telenovela Doña Flor y sus Dos Maridos.

She trained at TV Azteca's Centro de Estudios y Formacion Actoral acting school and made her on-screen debut in a telenovela called Chiquititas.

She earned a Silver Goddess Award for her role in a 2012 English-language movie titled Hidden Moon.

She was born and raised in Mexico City, Mexico, and belonged to a family of Spanish heritage. She got engaged to entrepreneur Raúl Martínez Ostos.

Ana Serradilla Is A Member Of