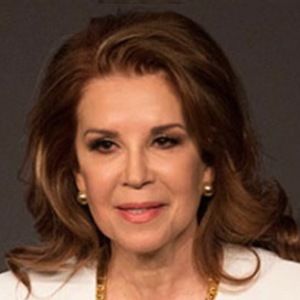 Mexican singer whose songs are predominantly sung in Spanish. She began a career as a musician in the early 1980s and has released over 26 albums since that time.

She studied sociology for a short time at UNAM in Mexico City before leaving to start a singing career.

She became the only Mexican to be included in a discography created by the Buddha Bar of France in 2002.

She grew up with family in Guadalajara, Mexico. She married politician Antonio Lozano Gracia.

She has collaborated with numerous artists including Linda Ronstadt.

Guadalupe Pineda Is A Member Of