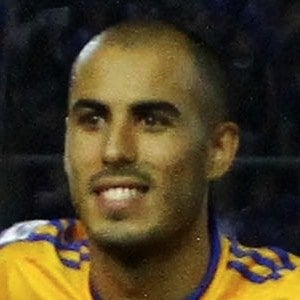 Defensive midfielder who is famous for his international club career, including for Mexico's Tigres UANL between 2013-2017, and again in 2018. He helped lead the club to victories at the 2015 and 2016 Liga Mexico Apertura championship victories.

He played in the youth academy of Argentinian side Lanus in 2007-2009. He later debuted professionally with the club in 2009.

He spent 2017-2018 playing in Spain's La Liga with Sevilla. He previously helped Tigres UANL win the Campeón de Campeones in 2016.

He was originally born and raised in Buenos Aires, Argentina.

He and Juninho have played as teammates on defense for Tigres UANL.

Guido Pizarro Is A Member Of