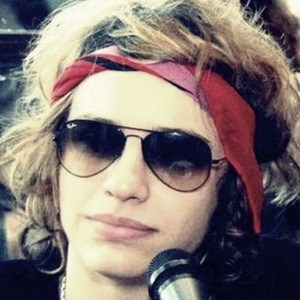 Drummer, rhythm guitarist and vocalist best known as a founding member of the Argentine hard rock band Airbag. His band has earned much acclaim with releases like Una Hora a Tokyo (2008), for which they were nominated for a Latin Grammy Award.

His band was originally named Los Nietos de Chuck and got their start performing in local clubs in the Buenos Aires area.

He co-founded Airbag with his brothers, Patricio Sardelli and Gastón Sardelli.

His band started out playing covers of songs by artists like Chuck Berry.

Guido Sardelli Is A Member Of