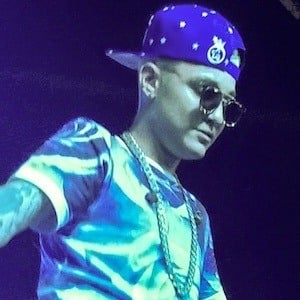 Pop recording artist who is best known for performing in the genre of Ostentation Funk, a Portuguese music movement created in 2008 in São Paulo, Brazil.

He and his brother wrote songs together and performed them for their parents. His breakout hit came with the single "Ela Quer" in 2013.

He has used his Instagram to fulfill brand promotions for a variety of products including sports gear for Adidas Brazil.

His full name is Guilherme Kaue Castanheira Alves. His brother Gustavo died in 2014 of a cocaine overdose.

He was good friends with MC Daleste, who was the third to get shot in a disturbing trend of shootings targeting Brazilian rap artists.

MC Gui Is A Member Of