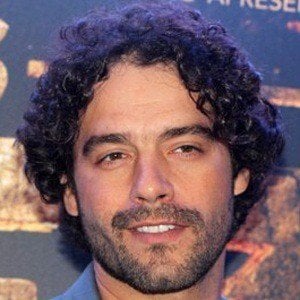 He was an industrial design student at the University Presbiteriana Mackenzie.

He starred in the music video for "Pra Matar a Fome" by Lasciva Lula.

He had a daughter in 2001. She disappeared from the hospital where she was born and has not been seen since.

He co-starred with Nathalia Dill on the series Paradise City.

Guilherme Winter Is A Member Of