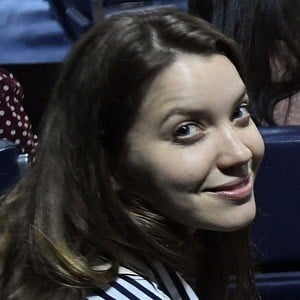 Brazilian film and television actress who first rose to fame portraying protagonist Débora Rios in the telenovela Malhação. She then went on to earn prominent roles in Paradise City, Written in the Stars, Brazil Avenue, and numerous other popular Brazilian shows.

One of her first film and television credits was in 2006 appearing in an episode of Mandrake.

In 2011, she played the lead role in the feature film Artificial Paradises.

She was born to Evellyn and Romulo Orrico Filho in Rio de Janeiro. She was briefly married to fellow actor Caio Sóh between 2013 and 2014. She has since begun dating Sérgio Guizé.

In the 2016 telenovela Liberdade, Liberdade, she plays opposite Andreia Horta.

Nathalia Dill Is A Member Of