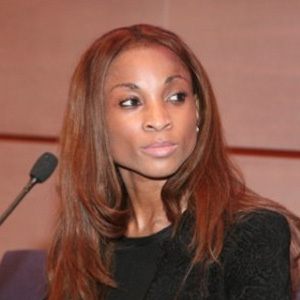 Politician and businesswoman who previously served as the Minister of Culture and Artisanal Promotion of the Presidency of the Republic of the Government of Equatorial Guinea. She is also the founder of the women's magazine  Meik, the Essence of Mestizaje.

She studied law and political science at the Autonomous University of Madrid, Spain.

She is the daughter of diplomat Luis Mba Ndong Andeme. She has six siblings.

Guillermina Mekuy Is A Member Of