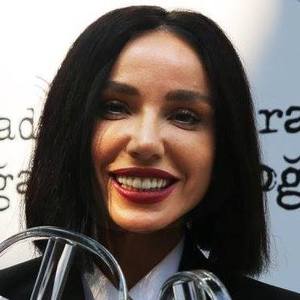 Turkish singer who has become known to fans for her blend of pop and traditional Ottoman music. Some of her biggest hits include "Bangir Bangir," "Dan Dan" and "Emrin Olur."

She trained in the Turkish Classical Music Department of Istanbul Technical University. Her first album, Be Adam, was released in 1995.

Her music video for "Bangir Bangir" became one of the most popular videos of 2015, having earned more than 190 million views on YouTube.

She featured Murat Boz on her 2014 single "Iltimas."

Gulsen Is A Member Of