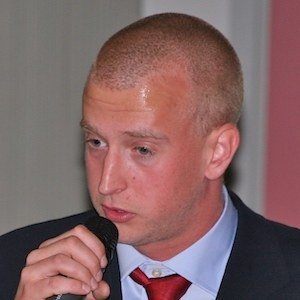 Talent manager and record executive who is widely recognized for having been one of the most important players in the Norwegian music industry. He co-founded the full-service music company MER in 2012.

In the mid 1990's, he helped build the hip-hop group Spetakkel.

He was a judge on Norwegian Idol for four seasons.

He was married to Helene Ree from 2012-2016 and they had two daughters together. He and Henny Stenshaug Pettersen welcomed a daughter named Alba in 2019.

He signed international DJ Alan Walker to MER in 2015.

Gunnar Greve Pettersen Is A Member Of