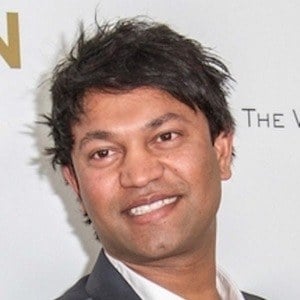 Indian businessman who rose to fame after his life story was adapted into Garth Davis' 2016 biographical drama Lion. In 2013, he published a book entitled A Long Way Home which would ultimately serve as the basis for Lion's screenplay.

He was separated from his birth family at the age of 5 and was adopted by an Australian family.

In 2012 he travelled to India and was reunited with his biological family whom he had been separated from for 25 years.

His birth mom is Fatima Munshi and his adoptive parents are Sue and John Brierley.

He was portrayed by actor Dev Patel in the film Lion which would go on to receive six Academy Award nominations.

Saroo Brierley Is A Member Of