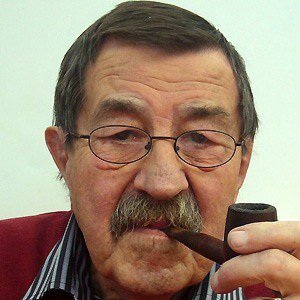 An important 20th-century German author, he is best known for his 1959 novel, The Tin Drum, which is a prime example of the European genre of magic realism. He was honored with the 1999 Nobel Prize in Literature.

He was conscripted into the Waffen-SS during World War II, and he later spent time as a political refugee. Upon his return to Germany, he studied graphic design and sculpture at the Berlin University of the Arts.

He is best known for his Danzig Trilogy, which includes The Tin Drum, Cat and Mouse, and Dog Years.

He and his sister grew up in a Protestant family in the city of Danzig. He married his second wife in 1979.

Gunter Grass Is A Member Of