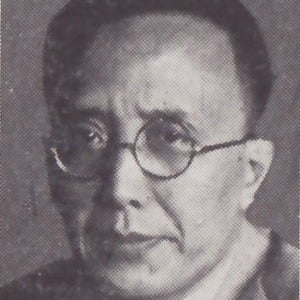 A Chinese author and twentieth-century Communist leader, he is best known for a historical and political work entitled Corpus of Inscriptions on Bronzes from the Two Zhou Dynasties.

He was expelled from his primary school for inciting conflict between the students and the faculty.

In 1949, he became the first President of the Chinese Academy of Sciences. He held this office until his death.

He was married three times and had eleven children.

He was one of the first literary figures to become a target of Mao Tse Tung's Cultural Revolution.

Guo Moruo Is A Member Of