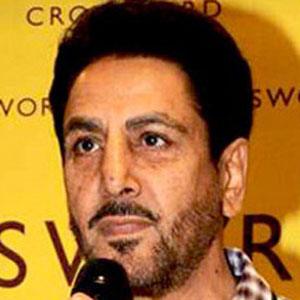 Singer and occasional actor, best known for his 1980 hit "Dil Da Mamla Hai." He is considered one of the leading figures of Punjabi music, having released more than three hundred songs over the course of his career. He has also appeared in feature films, including Shaheed Udham Singh and Dil Vil Pyaar Vyaar.

He performed in stage plays during the 1980s.

He has been at the forefront of Punjabi entertainment for more than three decades.

His wife Manjeet Maan started a film production company, Sai Productions, in Mumbai. He has a son named Gurikk Maan.

He has mentioned in interviews that he is an avid fan of Alex Ferguson's Manchester United team.

Gurdas Maan Is A Member Of