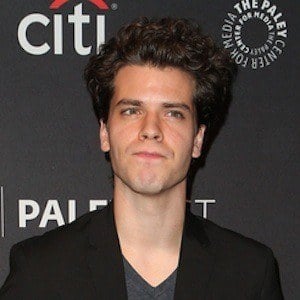 Film and television actor who broke through when he landing a leading role of Erik Menendez in the NBC series Law & Order True Crime: The Menendez Murders. A year prior, he starred in the teen college drama Goat.

He had a minor role in a 2015 film called Ricki and the Flash.

He did not know anything about the real life Menendez brothers crime and trial before signing on to the series.

He was born in Manhattan, New York.

His TV brother on Law & Order True Crime was played by Miles Gaston Villanueva, and he also starred alongside Edie Falco in the series.

Gus Halper Is A Member Of