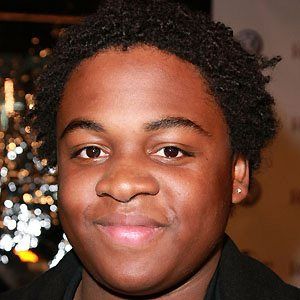 American actor who became known for playing Johnny Nightingale on the drama series Lincoln Heights, which began running in 2007.

Before his television career, he performed in local plays.

In 2011, he produced a short film called Your Heart is Mime.

He grew up with his mother in Fort Collins, Colorado and moved to California with her when his acting career began.

In 2008, he appeared in Welcome Home Roscoe Jenkins alongside Martin Lawrence.

Gus Hoffman Is A Member Of