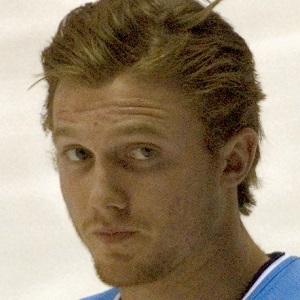 Swedish hockey player best known to NHL fans as a right winger for the Detroit Red Wings. He won a silver medal as a member of the Swedish team at the 2014 Winter Olympics in Sochi.

He began his career with the Malmo Redhawks in the J20 SuperElit league. He was later named the Detroit Red Wings Rookie of the Year.

He won the 2013 Calder Cup as a member of the Grand Rapids Griffins in the American Hockey League.

He was born in Halmstad, Sweden.

He has played with American centre Justin Abdelkader in Detroit.

Gustav Nyquist Is A Member Of