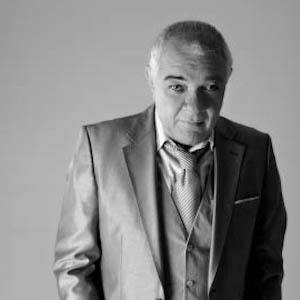 Most known as the lead singer and general director for the Venezuelan Orchestra, Guaco. A member of the group since 1962, the band has released almost four dozen successful albums throughout their five decade long career.

His career began at the age of thirteen when he debuted with the group Estrellas del Zulia.

In 2013, Guaco was nominated for a Latin Grammy for Album of the Year for their record Escultura. That same year, he retired from the stage and instead began focusing more on music production.

He was born in Maracaibo, Venezuela.

Guaco was a member of the record label Sonográfica alongside Ilan Chester and Franco De Vita.

Gustavo Aguado Is A Member Of