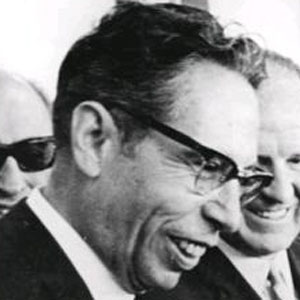 A member of the Institutional Revolutionary Party, he held office as President of Mexico from 1964-1970. Though criticized for his role in the 1968 Tlatelolco student massacre, he did importantly sign the 1967 Treaty of Tlatelolco, which banned Latin American countries from possessing nuclear weapons.

In 1937, he earned his law degree from the University of Puebla.

He was married for nearly four decades to Guadalupe Borja Osorno.

He and Vincente Fox both served as President of Mexico; Fox took office in 2000.

Gustavo Díaz Ordaz Is A Member Of