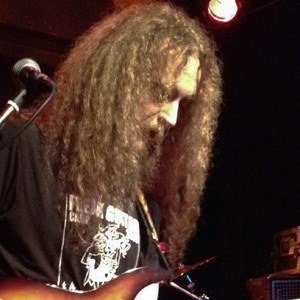 English guitarist who has played for The Aristocrats and Asia, as well as Docker's Guild and GPS.

Govan learned how to play guitar by ear when he was three years old. He briefly attended the University of Oxford.

He was nominated as Guitarist of the Year in 1993 by Guitarist Magazine.

He was encouraged by his father to play the guitar. He has a brother named Seth.

He considers Jimi Hendrix one of his most significant influences.

Guthrie Govan Is A Member Of