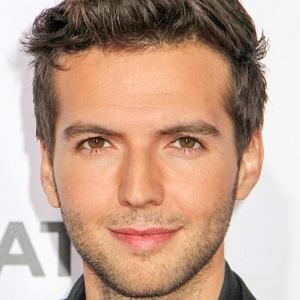 Film and television actor who became known for appearing on Channel 4 and the BBC productions, including Hollyoaks. He has also had roles as Casey Fnney on Ray Donovan and Mike on The Affair. In 2017, he played Theo in Pitch Perfect 3.

He developed his love for acting at Holland Park School.

As a footballer, he played in the celebrity football match in June 2007 in England.

He has appeared with Demi Lovato in an episode of the Disney series, Sonny With a Chance.

Guy Burnet Is A Member Of