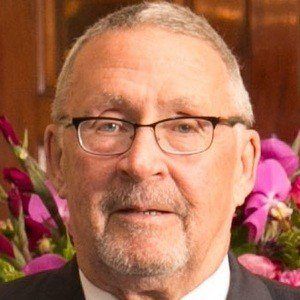 Zambian politician of White African origin who was elected Vice President of Zambia in 2011. He previously served as the Chair of the Agriculture Committee for Movement for Multi-Party Democracy.

He initially served in the Ministry of Finance as a planner.

He married Charlotte Scott and they have four children.

Guy Scott Is A Member Of