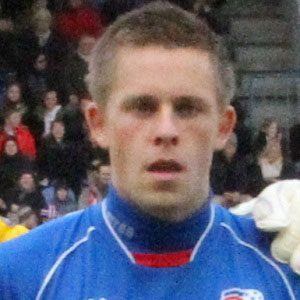 Icelandic attacking midfielder who's played in the English Premier League for Tottenham and Swansea. He was named Icelandic Sportsperson of the Year in 2013 and 2016.

He joined Iceland's national team in 2010 and was part of their improbable run to the Euro 2016 quarterfinals.

His father is Sigurdur Adalsteinsson.

He and Aron Gunnarsson have played together on Iceland's national team.

Gylfi Sigurdsson Is A Member Of